Barry Friedman's Commentary in the Case of Christina Jeffrey

Dr. Christina F. Jeffrey is a former political-science faculty member at Troy State University and Kennesaw State University.  In December 1994, incoming Speaker of the U. S. House Newt Gingrich announced that he would appoint Christina to be historian of the House of Representatives.  Christina served for only a few days, until the Clinton White House and a number of Democratic senators and representatives criticized the appointment on the basis of a peer-review evaluation of a Holocaust-studies program that Christina had written in 1988 as a volunteer for the U. S. Department of Education.

The story is too long to tell here.  (If you're interested in the whole story, send an E-mail message to Barry Friedman; he'll gladly send you a copy of his paper, "The Appointment and Disappointment of Christina Jeffrey.")  To make the long story short, after the White House, the Democratic legislators, and Gingrich's office sullied Christina's reputation, her uprightness was convincingly established and recorded in the documents whose images appear below.  The first image depicts an August 22, 1995, letter to Christina from Abraham H. Foxman, national director of the Anti-Defamation League--surely a most dependable source on the issue of bigotry.  The second image depicts an editorial in the April 7, 1995, edition of the Jewish Forward, entitled "Jeffrey's Bum Rap," written by Adam Brodsky. 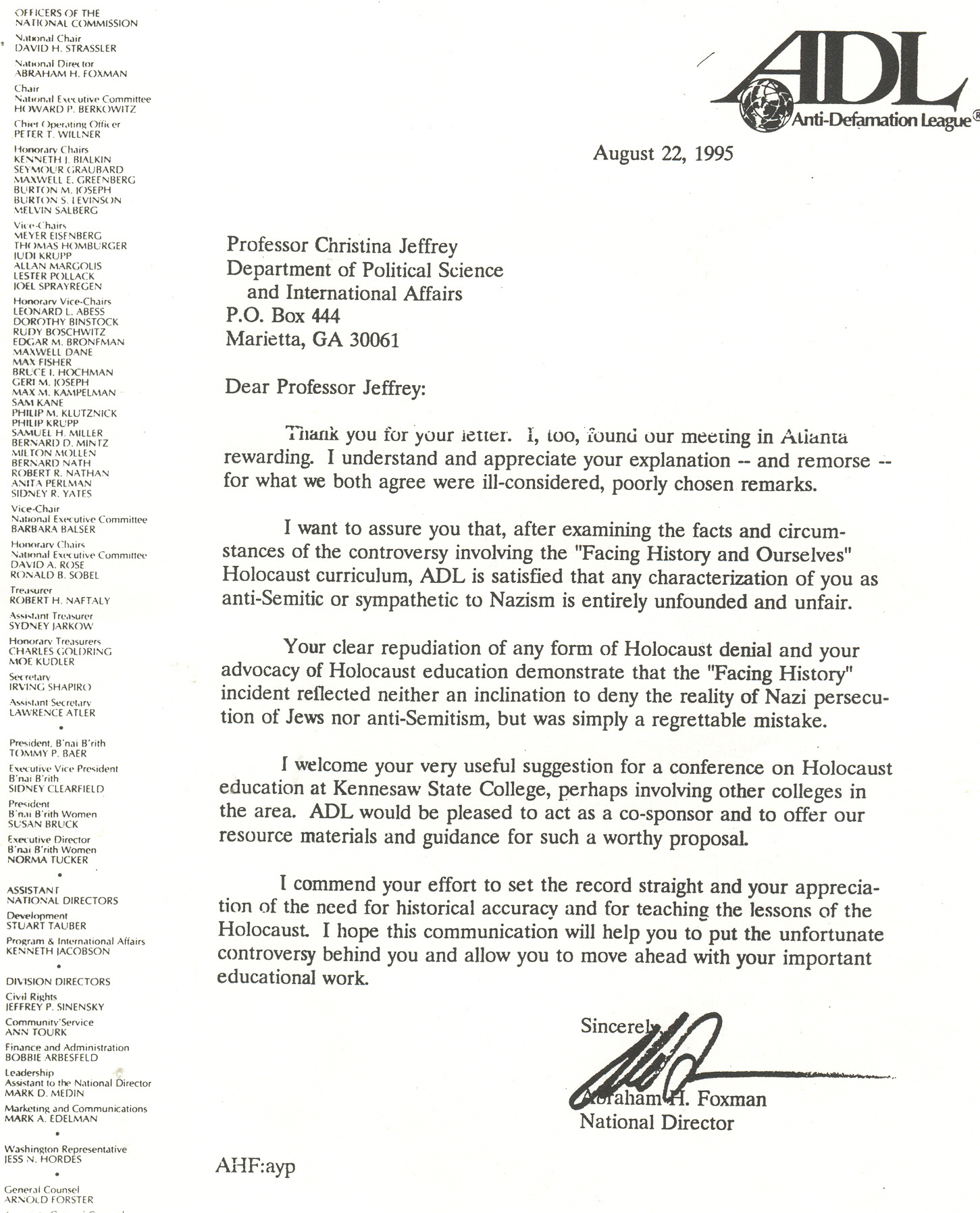 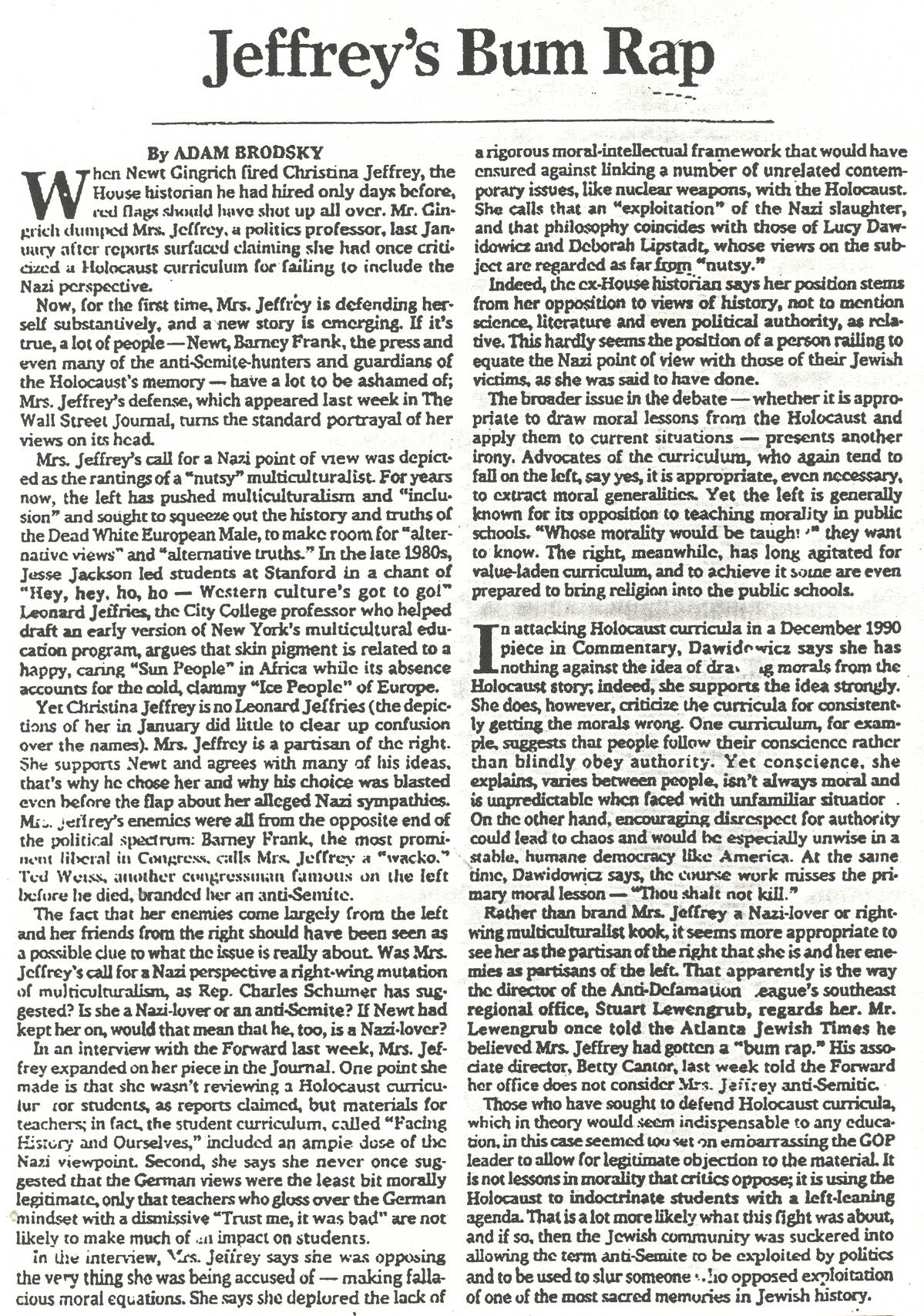 Any decent person of goodwill will accept those documents as being conclusive indications of Christina's good character, free of bigotry or malicious intentions.  To those who still want to denigrate Christina over the "Facing History and Ourselves" incident, let me say:  It's time for you to think about more interesting things.

Click here to read an outstanding article about the Christina Jeffrey incident:  "Trial by firestorm:  the case of Christina Jeffrey teaches a lesson in journalistic ethics - and political loyalty," by Tracy Lee Simmons, National Review, May 15, 1995.

Personal disclaimer:  This page is not a publication of the University of North Georgia and UNG has not edited or examined the content of the page.  The author of the page is solely responsible for the content.